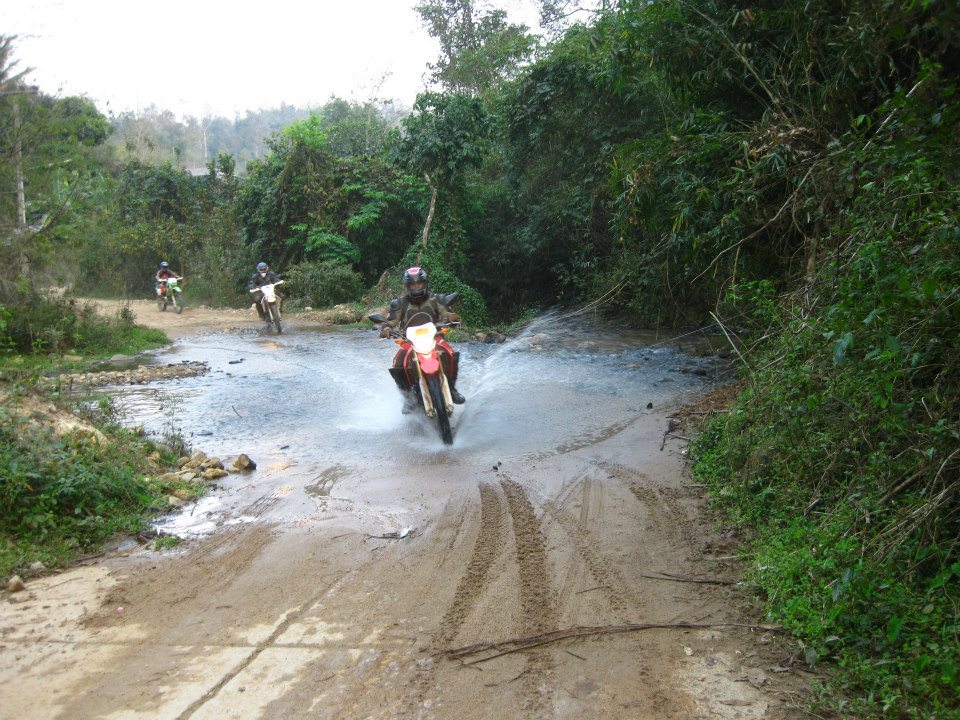 (A story from our 3rd year in Thailand)
I dropped off my friends motorcycle at a Shop and left the equivalent of about $120 in Khun A’s hands to change the registration. My friend, Rick, ended up picking up his motorcycle and paying for the work that I had already prepaid. A couple of days later I went by to pick up my $120 and Khun A had no recollection of me leaving it with him.

He went and checked his book that he “usually” writes down when he gets money from someone but didn’t have an entry in it. I told him it wasn’t right and he said we should both take some time to see if we could remember our story differently. I think that was Thai for, “I don’t like this situation and I would like it to be over for now.”

That was over a week ago. Yesterday I was thinking of stopping by the shop to see if he remembered me giving him the money but as I stopped in front of the store I decided to keep on driving. Last night before dinner my friend Rich asked if I could drive him over to Khun A’s shop so that he could pick up his moped. As I was driving over I felt God whispering “Humble” in my ear and I knew what he was saying. I had thought earlier as I drove away from Khun A’s shop that pride was the reason I never wanted to use Khun A’s services again. I felt that I had been taken advantage of and my pride was causing me to say I would find a new mechanic and a new person to do my registration each year.

As I dropped off Rich, I asked Khun A to put air in my tires and he realized that there was plastic burning on the muffler and as he fixed that he showed me that there was a dangerous split in the rear tire. So I humbled myself and asked him to change the tire and change the oil while he was at it.

God’s whisper caused me to be kind instead of forcing my own outcome. The downside of an extra measure of a desire for Justice is that I often fight for my own Justice instead of fighting for the things that are really important. In this case my own humility and the eternal destiny of Khun A are far more important battles than whether or not I have another $120 in my pocket. Pride could have easily led me to drive away without giving Khun A any more business which would have been foolish and disobedient to the Lord.

I know that one of my colleagues here has had Khun A over to his house and share the message of the good news of Jesus Christ with him. This morning I woke up thanking God for selling me another helping of humility for $120 and begging him to open Khun A’s eyes to his need for Jesus.

Posted under Uncategorized
Comments Off on Humility on Sale $120