On the way to find the Kennedy Space Center we found ourselves on a road that had the nose cone of a rocket driving down the center of the road after we had been told to turn around by a security officer.  Check out Jen's face in the mirror.  On the right it appears that we have been sent back to the 1960's but it is actually 1999.  We watched a 3D Imax movie on future cities in space. 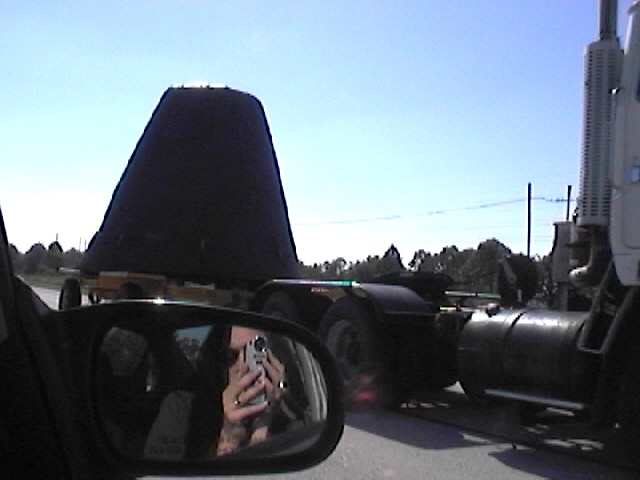 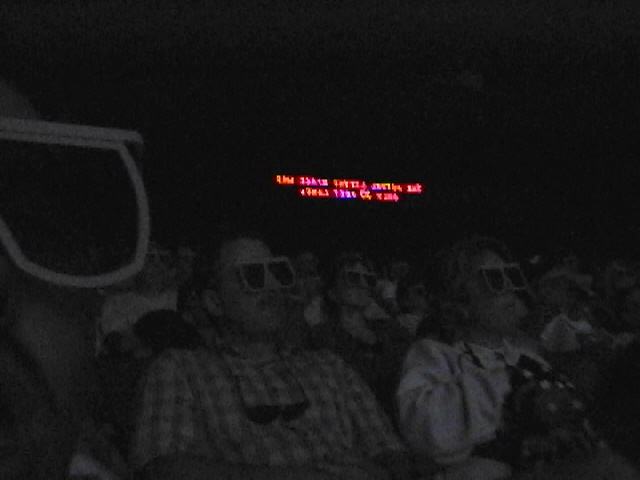 We saw a couple of alligators and a bald eagle's nest as we went from place to place at the Kennedy Space Center.  On the right you can see me touching a piece of the moon. 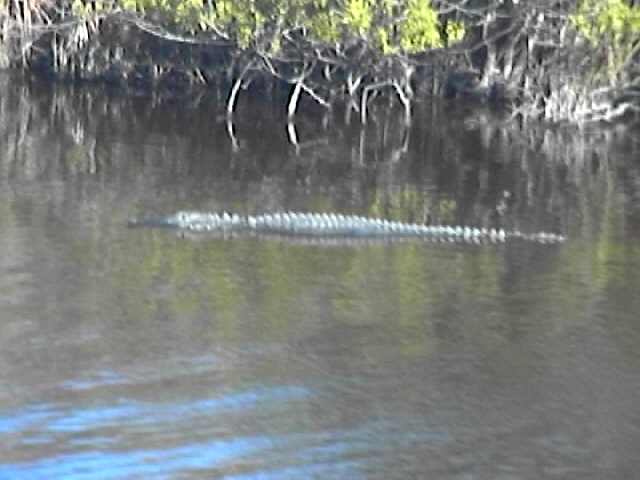 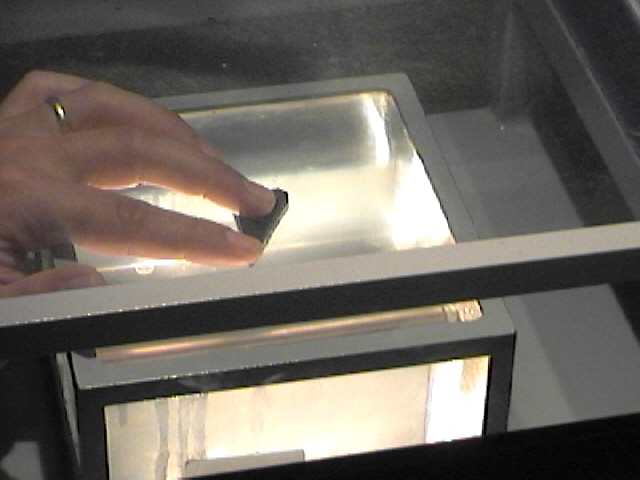 Not to be outdone by Jen's space walk at the Boeing Plant in Seattle I decided to take a little walk on the moon.  This is the Space Shuttle that took off on the 6th of December, I think.  You never hear about it except in passing now when a space shuttle takes off.  I guess we are getting kind of used to it.  I just looked up www.nasa.gov and saw that the shuttle launch was pushed back until the 16th because of a dented main propulsion system hydrogen line so the Space Shuttle is still sitting on the launch pad. 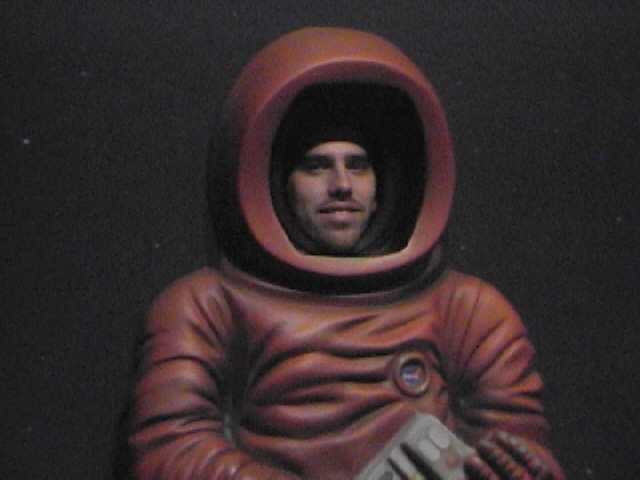 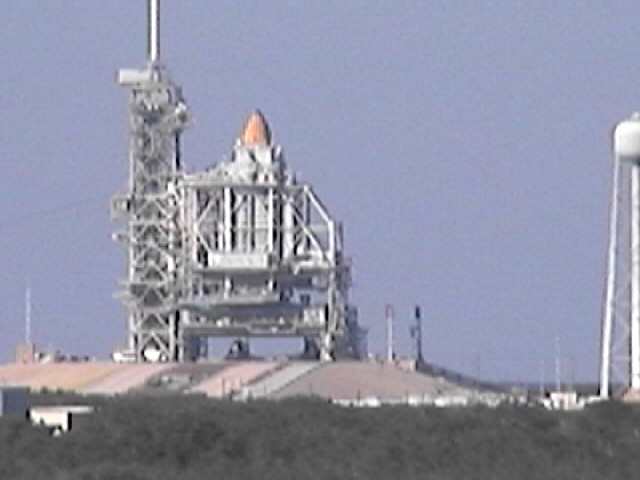 One thing Florida had a lot of was beautiful sunsets.  I guess because of all the mountains here in PA we don't get a lot of those. 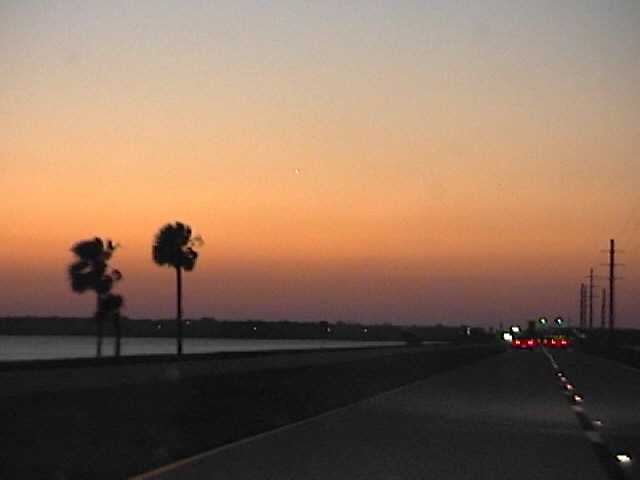